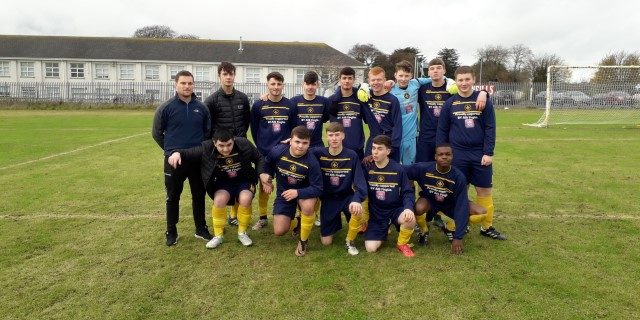 Dean Ivory, the current u19s top scorer, scored possibly one of the best ever goals to be seen on the hallowed New Cross football pitch. A sublime piece of skill ended with Ivory delicately lobbing the Brunswick goalkeeper, who was later overheard complaining about a crick in his neck. The u19 Squad have made their way through this season with consistent performances and can now look forward to a Leinster Final after the Christmas holidays. 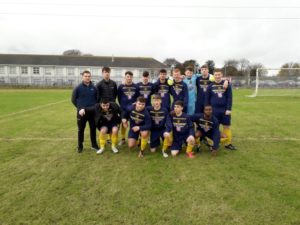 Our u15 Boys won their first competitive game as New Cross College recently thanks to a wonderful strike from third year student Martin Cawley. This ends a three-year barren spell for the squad and proves that persistence, effort and team work will always eventually be rewarded. Well done to all players and management…!!! 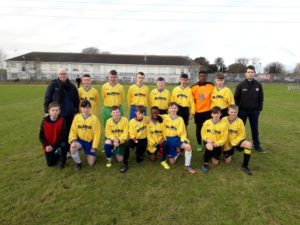 Meade’s Marvellous Strike a Contender for ’Goal of the Season’

Despite losing to Mercy College Coolock in the Leinster League, our u17 Girls salvaged something from a very tough game thanks to an absolute cracker of a free-kick from star player Abby Meade . The wonder-strike will most definately be a strong contender for this season’s ‘Goal of the Season’. 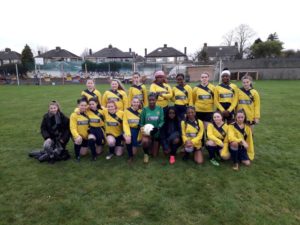